·All covenant sanctuaries' facility achievements are now visible and count towards the character's total achievement points, regardless of the covenant to which the character currently belongs. However, all characters must belong to a covenant in order to qualify for that covenant's exclusive achievements.

·The Tower Ranger is now required to complete the Warden's challenge on difficulty 4.

·The text of the dancing machine now indicates that the reward is a toy.

·The tank of psychic energy required for Kal's Slam Dunk will now refresh when General Kal resets, and the debuffs will no longer be removed by immunity.

·Fixed an issue where the Enlightened camp did not count toward reputation worship achievements.

·Fixed an issue where players could not obtain the World War achievement.

·Removed the xp deduction for level 51-60 characters when in squad sync.

·Fixed an issue where the shield of Bones consumed by tombstone (talent) could not properly reduce the cooldown of vitality shunt.

·Fixed an issue where soul Crushing (Grien) would cause both death and survival when used against certain enemies.

Raids of the mixed camp

·Players can now directly invite members of opposing factions to join their teams via battle.net nicknames or real-name friends, or by becoming a member of the mixed camp World of Warcraft community.

·In the Team Finder, lists of pre-created teams for epic dungeons, team replicas, or rated arena/battlefields are open to applicants from both factions, but captains can choose to apply only for the same faction.

· Random matching events, such as hero dungeons, practice matches, or random battlefields, will still be limited to single faction.

·The following replicas are not currently available mixed camp:

◇the trial of a champion

◇the trials of the Crusades

·The remarkable mark of the Shoulder now increases the standing of the current active covenant to level 60 (down from level 40).

·Completion of these activities now has a 100% chance to award 1 fame:

·The quest bonus chest now contains double the gift of gratitude and will still increase with the covenant Sanctuary's psychic Deflector level.

·Fixed an issue where the illusion decorations of Blizzard Mall would occasionally disappear from the collection. 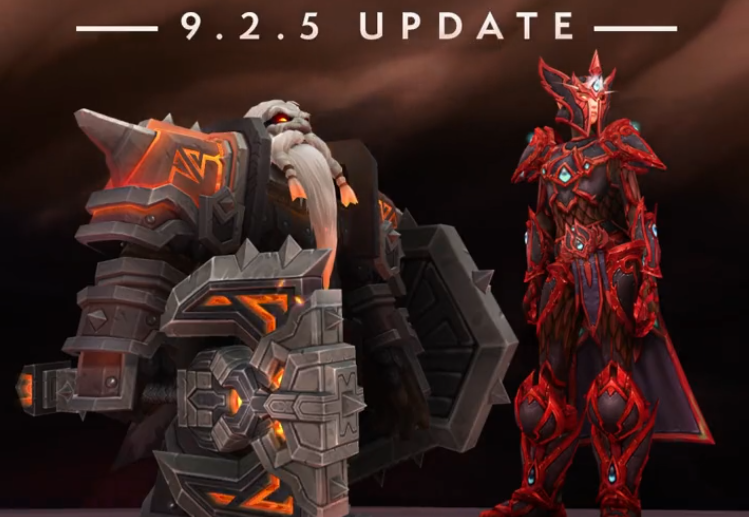 ·a row of wheel fights

·The minimum item level required to join a queue has been increased to 252 (down from 239).

·Fixed an issue where some abilities could not be removed from the player during combat rounds.

·Fixed an issue where battle rounds would not reset correctly if a player from each side was killed at the same time.

·In PvP combat, spell damage reduction in anti-magic areas has been increased to 50% (down from 20%).

·Demon's embrace now increases your stamina by 20% in PvP combat (down from 10%).

·The black Iron Dwarves can talk to the Dark furnace anvil guard Sogadden of the Black Stone Pit and embark on a new quest to track down new mounts and weapon looks (accessible via a drill). Requirements: Level 50

The Tower of torgast's Spirit of Sin

·Now all partitions are always open (down from 2 partitions per week).

·Unlocked on difficulty 1-8 is now the default.

·Difficulty 9-12 will now be unlocked on difficulty 8.

·Difficulty 13-16 will now be unlocked after completing the previous difficulty.