Who and Where is New World Isabella 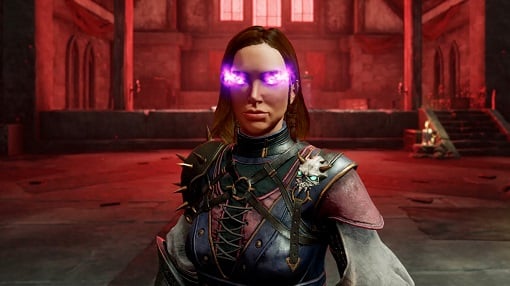 “Tune in on March 9 at 10AM PT (6PM UTC) to join World Experience Lead Mike Willette venture into the new Tempest’s Heart expedition alongside Shroud, Rich Campbell, Asmongold, and DannehTV. This party of five seasoned warriors will attempt to vanquish Isabella as they descend into her lair— while having a new, exclusive Twitch Drop enabled. Make sure to tune into one of their streams to begin earning The Indigo Flame.” In the official news Tune in : Tempest’s Heart Stream , they mentioned Isabella and her lair. Isabella is an existence easy to notice in New World, seems that she is an important role.

So who is Isabella?

Players who are more familiar with the lore or more difficult challenges later in the game will connect Isabella with one of the main villains and a boss in an advanced expedition.

From the information gathered so far, Isabella is one of many brave explorers who traveled to Aeternum in search of wealth, fame and immortality. As players explore Aeternum, they will find various missing pages from journals, diaries, and random letters and notes mentioning her and the expedition she leads. Some of them are stand-alone or used to give players hints or complete quests. Players have to piece them together as if they were doing their own investigation on the subject. These pages are kept under the "Log" tab, so the player character can have them handy after interacting with them without actually having to pick up anything. When a character is high enough to go to the furthest ends of the Ebonyscale Reach, they'll find a nice part of a large compilation called Aeternum, provided they're in the right place. This volume contains literature on Isabella.

Isabella herself is easy to find these days, even if the clues to her identity and backstory are hidden. The Dynasty Shipyard is a level 55 Expedition in Ebonscale Reach, but characters as low as level 53 can pick up the related quests. It has three bosses, and Isabella is the second. This copy is equivalent to an end to the main line,so the difficulty can be imagined.

Friends who are still on the road of adventure, continue to refuel and exercise your skills.