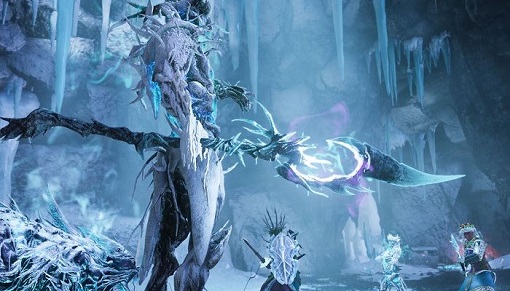 On Feb 28th，New World introduced another series of bug fixes and quality-of-life adjustments that touch on a wide variety of things from open world content to combat to Expeditions.

A large portion of the update is focused on combat adjustments, with the ability to weapon swap during hit-reactions, dodges, traversal, and while using consumables; the ability to queue attacks and weapon swaps simultaneously; shortened recover time for all dodges; the ability to dodge and block-cancel basic attacks; and block and dodge inputs taking priority over light melee attack inputs. There are also several AI adjustments in general and for specific enemies.

Another large portion of the update is about Outpost Rush, as the patch changes how points work, damage and health value adjustments for several enemies, and a number of tweaks to rewards earned from the activity like Umbral Shards, Faction Tokens, and a guaranteed two pieces of Outpost Rush specific armor and an Outpost Rush specific weapon from caches.

Another good news, on a related note, a previous bug that impacted housing taxes this month, got a compensation award. Those players who had found their tax revenues come up short due to a buf that affected income from February 3-13th, the February update is leaving a compensation amount in your company wallet. As a token of appreciation and apology, the amounts awarded will be a little higher than what you would have actually lost.