The Void Gauntlet is a magical weapon that scales with Intelligence and Focus and deals Void Damage. This weapon specializes in close-range buffs and dealing damage-over-time or mid-range debuffs and healing. This weapon has a built-in 20% damage leech on its ranged Heavy attack. 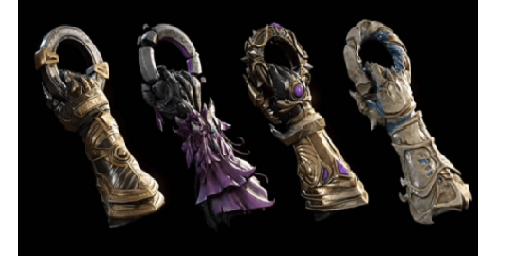 Close-range damage is the focus of Annihilation tree. It is centered on  void blade . The void blade is a summoned blade of corrosive void energy that can cause a lot of damage.

Let’s see what are the other active abilities this magic weapon has:

Oblivion: Summon a circular rift of Void energy at your feet that deals 30.0% weapon damage per second to enemies and grants Empower to self and friendlies, increasing damage by 20.0%. 5.0m radius. 6s duration.

Oblivion and Petrifying Scream are both really strong and helpful in pvp. 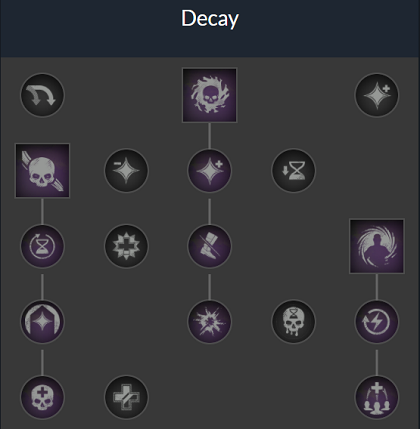 Baleful Tether: Fire a projectile that tethers you to an enemy, Weakening it and Empowering you by 4.0% per second (4.0% maximum). The tether ends if the target moves beyond 15.0m. 10.0s duration.

Essence Rupture: Fire a projectile that inflicts Essence Rupture for 10.0 seconds, healing anyone that hits the target for 20.0% of the damage done. Does not apply to damage-over-time.

Players can combine abilities from these two skill trees, but there is only one ultimate. To get the final ability, the player must unlock one ability in the previous row and the unlock in the 10 ability selection tree.