New World was updated in January after several weeks of testing on the PTR and some developer videos about the changes and player feedback. it introduces a new endgame feature called Expedition Mutators which increase the challenge of Expeditions with even bigger rewards for players. This update focuses on adding endgame level options, introducing new Umbral Shards-based gear upgrades and improving Fast travel and tax rates. 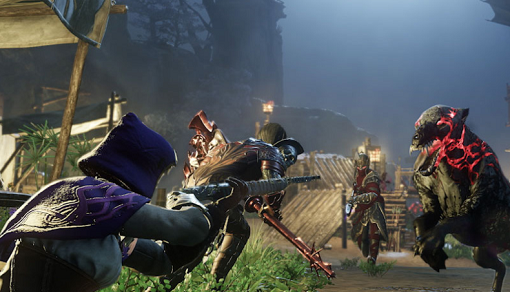 Umbral Shards are a new resource that can be obtained by executing the new Expedition Mutators. The way you can also collect debris are:

1. Open Gypsum Casts if the type of expertise is at least 600 expertise;

2. Fight in Expedition Mutators.The higher the difficulty level and the higher the Score Rank achieved the the more Shards a player will earn;

3. Crafting 600 GS items, once the expertise of that type has reached at least 600 Expertise.

Expeditions have also been changed to reflect the new mutants, and are generally updated with increased rewards and drop rates. All the different materials that can be used to craft Expedition Keys have also been reduced. In this way, even better participation in the new system is possible.

There are also a series of fixes to AI, the addition of various perks for the new Mutator system:Increased the hit volumes for Bipedal bears so that players can more consistently damage them;Reduced the amount of health that Skeletons will revive with from 70% to 40%; Reduced the amount of healing that is granted from Villager potions from 35% to 20%. For weapon peaks: Flame Attunement - Attacks deal an additional 15% weapon damage as Fire. (Cooldown 2s)

Another important is tax rate has been reverted back to 100%. Some players say this is the best update so far, but there are also feedback that there are still bugs. What about you?