3v3 Arenas, already mentioned in previous articles, is a small PvP game mode where teams of 3 face off in "best of five" matches. The first team to win 3 rounds wins. Each round is 2 minutes long, and if the fight continues, a dangerous ring of fire will surround the players, pushing them towards the center of the arena to force them to victory. But to start a 3v3 arena, players must be at least level 20 to join. 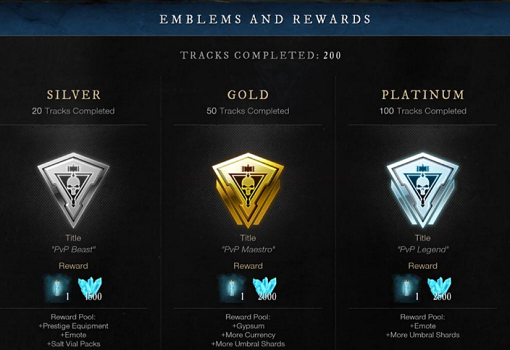 Next on the agenda is the PvP rewards track, which brings two new currencies, PvP XP and Azoth Salt. Players can earn these currencies by participating in PvP events such as wars, outposts, PvP missions, 3v3 arenas, PvP open world kills and fortresses. Players can also earn Azoth Salt when they earn XP while marked for PvP. As players climb the reward track, they will unlock additional rewards such as gear, weapons, emotes and items. As the player progresses, the rewards will get better and better. While players can purchase up to 3 rewards per milestone, if a player chooses less than 3 rewards, they will receive a small amount of salt on the next track.

The Abyss is now part of the weekly Crusade mutant rotation. Additionally, 3 new mutation types have been added to the pool - Overgrown, Savage and Demon - for a total of 27 new combinations now. Overgrown will focus on nature damage and resistances, Barbaric will focus on physical damage and will add Rampage and Shatter, Fiendish will create curses focused on night.

In the latest update, players can also continue the story of the Varangian Knights and their conquest of power in the second episode. Players will need to find Abigail Rose outside the new Varangian camp in the Sorcerers Delve in Everfall to begin the second episode of the quest chain. Finally, players can now choose their pronouns, which will be reflected in chat. For example, when expressions are used, preferred pronouns are considered and displayed.