The game features of the next generation version of NBA 2K21

We know that the well-known basketball game "NBA 2K21" developed by 2K has officially landed on PS4, Xbox, Switch and PC platforms on September 4. With the official launch of the next-generation game console PS5 and Xbox Series X/S, the official upgrade was immediately carried out. Players who have already started the "NBA 2K21" game before can experience the next generation with supernova Zion Williamson as the cover on the new platform version!

Anyone who knows a little about PS5 or Xbox Series X/S knows that because the new console uses SSD as storage media, the loading speed of next-generation games becomes very fast. For "NBA 2K21", we only need more than ten seconds to enter the game from the main interface, which is several times faster than PS4/Xbox one X! In addition, if you are in a temporary situation, temporarily exiting the game and re-entering the game are all instantaneous things. One thing to mention here: The "Instant resume" function of Xbox Series X is very easy to use. It supports instant switching of games, which greatly saves waiting time.

As the performance of the new host has been greatly improved, the court environment and details in "NBA 2K21" should be the most perfect in all previous games! For example: we can see the realistic reflective effects and familiar scratches on the wooden floor of the stadium; the fans off the court are also a lot more vivid, no longer "the same" shape and action; the players resting on the bench have At least three different sets of clothes; the numbers on the 24-second attack timing board are really represented by light bulbs, etc.

We still remember: 2K has long promised to let players experience super realistic actions and graphics in the next-generation version. It turns out that the official did it! Many new player actions have been added to "NBA 2K21". These actions are not only flexible and smooth, but also have physical collisions. The "sliding" and "out of control" phenomena that appeared in previous games have disappeared. In addition, different players have their own signature shots, ball control, and celebration moves, which are very substituting!

Officials claim that a series of action optimizations have been added to the next-generation version, such as: "Defense and Off-Ball", "Body-up", "Off-ball contact", "On-ground contact", etc. The English words look like Quite mysterious, in fact, these optimizations have only one purpose, and that is to make the performance of the players on the court more realistic. The new controller of PS5 comes with tactile feedback, so you can feel the body collision between players on the controller, which is quite sensational!

In addition to the basic experience optimization, the next-generation version of "NBA 2K21" also has certain gameplay changes. For example: cancel the neighborhood Neighbourhood, and join the city of basketball, a big city whose map is dozens of times larger. There are competition venues, training halls, outdoor street courts, as well as a large number of tattoo shops, barber shops, clothing stores and so on. If you want to get ahead in the city of basketball, start working hard now!

In addition to the city of basketball, the next-generation version of "NBA 2K21" adds a greatly expanded "THE W" mode based on the WNBA that debuted last year. This mode belongs to the first WNBA MyPLAYER experience in the "NBA 2K" series. The doctor believes: This is a way to expand the player base, and it is not attractive to experienced basketball players!

In summary, the next-generation version of "NBA 2K21" is still worth experiencing. On the one hand, players who have already started the game can upgrade without pain; on the other hand, the game’s graphic detail, smoothness, atmosphere, and player actions are all superior to previous works. With the development of game technology, the effects presented in the game are becoming more and more realistic and realistic. 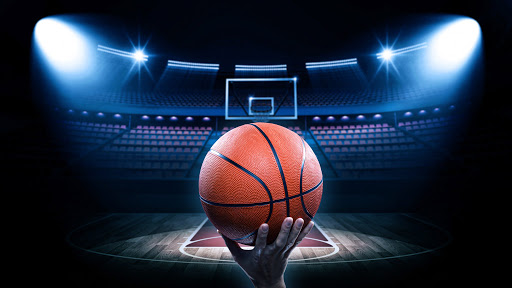