Winter is coming to The City and The G.O.A.T. Boat. The Season 3 forecast is predicting a flurry of three pointers, plus all-new rewards and 2K Beats debuts.

Are you cold-blooded on the court like Trae Young? The Atlanta Hawks’ All-Star guard has been unstoppable at the start of the 2022-23 NBA regular season, averaging a cool 27.7 points per game and 9.4 assists per game. Season 3 of NBA 2K23 is forecasting a flurry of three-pointers, crisp passes, and bone-chilling game-winners, with Young leading the way. The City (New Gen) and The G.O.A.T. Boat (Current Gen) will become your winter wonderland, where you can participate in holiday events and unwrap exciting new rewards. Ice out the competition and freeze opponents in their tracks with your ankle-breaking handles!

As the temperature falls the heat turns up in MyTEAM! Along with new cards and rewards, Season 3 features mode, and competitive updates as we enter the second half of the $250,000 MyTEAM Unlimited qualification process. 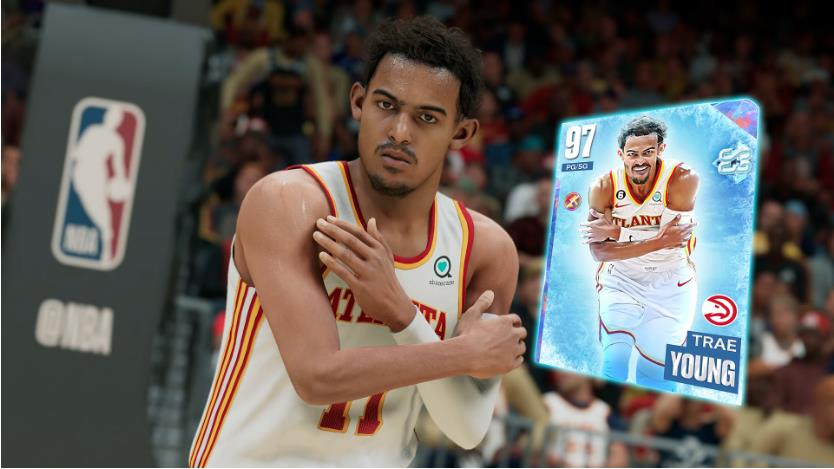 First up, Trae Young will be Season 3’s Level 40 reward in MyTEAM. The first Galaxy Opal Level 40 of 2K23 is ready to expand your best lineup’s range with Trae’s amazing shooting and make clutch plays to get those all-important wins. To get you warmed up, the Level 1 reward is another sharpshooting guard with Free Agent Damian Lillard tipping off your journey with some easy Season XP. Remember, simply entering the Season menu during Season 3 is all you need to do to add Lillard to your collection.

Once you earn Trae at Level 40, the rewards won’t stop for you in Season 3. For the first time in 2K23, Beyond Level 40 returns with more agendas and opportunities to improve your team. There will be a second player available through the Beyond Level 40 agenda groups, but you should focus on earning Trae Young first. Stay tuned for more details on this mystery player.

Before we get into the other rewards available this Season, let’s detail the major visual and functional updates coming to MyTEAM’s Draft mode. First, the Ascension board has been updated with a new aesthetic with a neon-infused look across all three levels. This update is not only going to show up in Draft, but the Ascension picks earned from Season Level Rewards will also have this new look.

In every draft so far, each position pack has allowed you to choose 2 player cards to add to your drafted lineup. These player cards have always varied in gem color, leading many to choose the highest overall players, going for power over fit.

Starting in Season 3, the position packs in Draft have now been updated to contain cards from a single gem color, making your preference the most important factor in selecting players for your lineup. Each card can still be flipped to view attributes and badges before selecting, so choose wisely. To maintain balance across all drafts, each position pack will contain a unique gem color. For example, your small forward pack may be a powerful diamond player in one draft, while in your next draft, that diamond may lead your team from the point.

There is one more major update coming to Draft. For the first time, reward player cards will now be available to select from the position packs in addition to the latest card releases. From the weekly Takeover players to the coveted Trophy Case Pink Diamond reward players, you may find one of these cards in your position packs, and choose to play with them in Draft, starting on Friday. Remember, each Season in MyTEAM brings a new free ticket to start a draft and earn rewards to improve and add to your collection, so be sure to check out the new update!

Getting back to rewards, Season 3 will bring a new update to Domination as all five of the existing 99 Star Domination Rewards will receive Evolution updates! Amethyst Randle, Diamond Richmond, Bibby, & Walton, and Pink Diamond Havlicek will become more powerful through increased attributes and badges by meeting their evolution requirements. Domination is still a great way to get started and improve any MyTEAM collection with a plethora of rewards, including Trophy Case event cards, on your way to earning those 99 Star rewards. 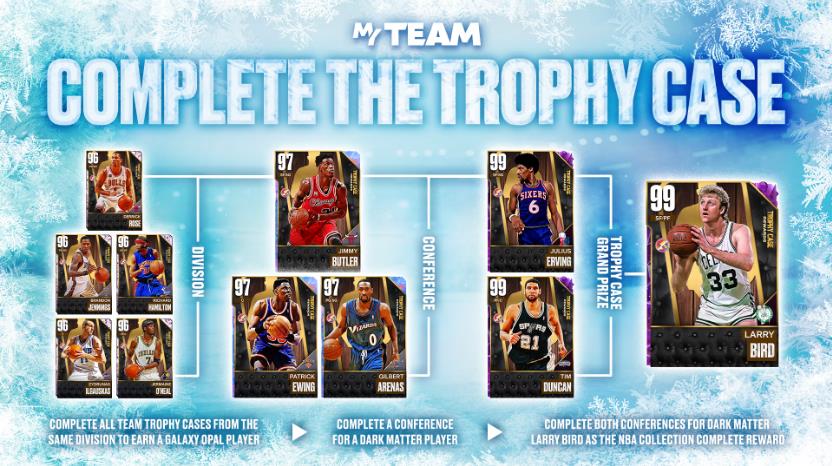 Speaking of Trophy Case, the first Dark Matter players have hit the court in MyTEAM! 99 overall Tim Duncan and Julius Erving are now available to those who have collected the entire Eastern or Western Conference’s Trophy Case. In Season 3, 15 more Centerpieces and other rare Trophy Case event cards will become available, allowing for the most dedicated community members to add Dark Matter Larry Bird to their collection!

Buy legit and cheap NBA 2K23 MT on iGVault with a special 5% off code(nba2knew5), earn enough MyTeam Points to buy your favorite players and build the dream team!