On August 26, 2K fully unveiled the new features and updates for MyTEAM in NBA 2K23, including brand new cards and rewards, the introduction of Triple Threat Online: Co-op*, and the removal of the need for contracts.

For the first time in MyTEAM, this new game mode will allow players to cooperate with friends in 3V3 online co-op play in various variations. Party mode, co-op and online competition.

- Supports any combination of 2 to 6 players 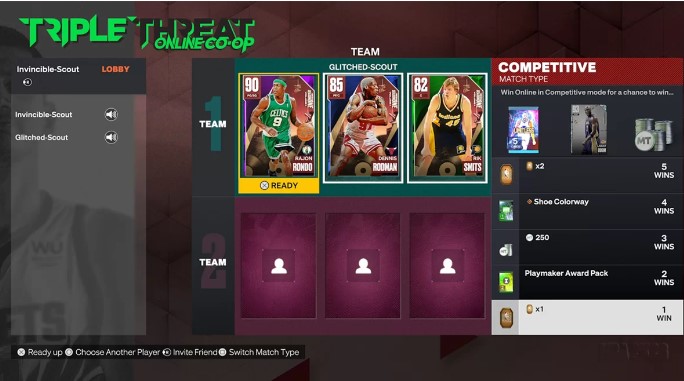 New prestige tiers allow players who reach the highest tier to start over and unlock more rewards. Players will earn Season Points for each victory or defeat to help them rank up. Each victory will provide the opening of a Vault.

Leaderboards are back and will show stats from friends and top players across the MyTEAM community. As an added bonus, a special icon will appear next to the names of the top ten players. Players can also earn a special icon by completing all possible tiers and prestige for the season.

-Introduced the season point system: you will get a certain amount of points whether you win or lose. After the points reach the Dark Matter tier, there will be a prestige level, you can get more rewards, and you can open the vault every time you win.

- The Unlimited Tournament leaderboard is back, you can get special icons when you enter the top ten, and the leaderboard will be reset every season

- Official will take measures to prevent boosting and uncompetitive behavior.

Enter Clutch Time's single-player mode, a fast-paced mode with a 4-point line that lets you get the best starting five and compete against the AI.

- No longer have to wait until the end of the season to earn season rewards, weekly earning cutoffs instantly earn rewards related to the number of rings you've collected during that season

-Limited-time matches also support matching the rules of each era

- All the Challenge categories in 2K22 will return

- If the opponent of the challenge is a retro team, it will match the rules of the game at that time.

- There are 5 groups in total, no longer calculate the point income from dunk and post attack

Players can choose between All-Star Ja Morant, Jimmy Butler or Joel Embiid to lead their collection. Players can play with their launch card selection in the Triple Threat game until a final decision is made. After 10 games in any MyTEAM mode, the player will receive a 90 OVR Amethyst Fred Jones card to help his team get off the ground.

In the exhibition, players can now send player cards outside of their 13-man lineup to vacations around the world, and players will return with special rewards from the mission.

This is a new way to earn a top-tier player from each franchise by completing a team’s Trophy Case. Each NBA team has 15 event cards showcasing key moments in their history, and players can earn a Pink Diamond player for each team.

- After the entrance ticket to the draft mode is used up, you can directly use MT to enter this mode.

- After you've drafted your lineup, you can now edit your starting lineup to suit your play style, rather than being forced into the best fit to your drafted coach’s system. 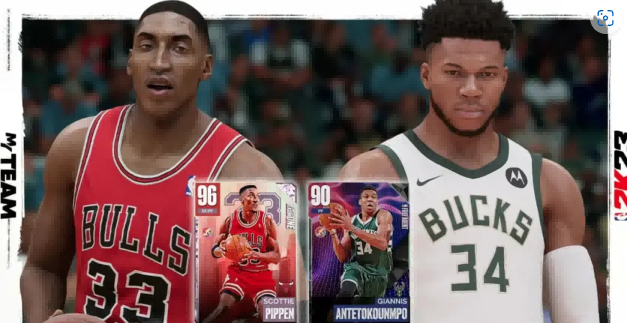