The previous news mentioned that new species will appear in the new season, and now everyone can see what species it is. Both wolves and wild boars roaming the island can be ridden. Jump on any of them and they'll be instantly tamed and loyal to you. Horseback shooting is also a feature, opening up the possibility of scenarios such as wolf jousting and boar racing...with added lethality. 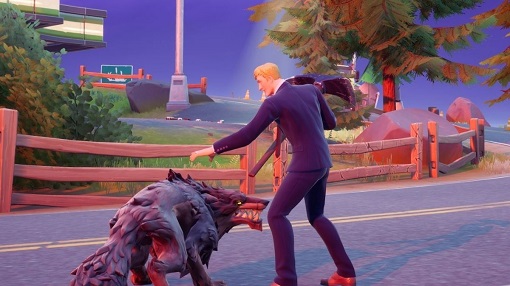 Second exciting point is : last season’s underground base has been transformed into a groovy rave cave and even features a rideable rollercoaster. There are also realistic seeds that allow you to plant and return them again and again in future games. It's a new and useful way to choose a favorite landing spot, knowing that valuable loot will be waiting for you.

To understand what the reality seeds are, one must first get versed with the new biome that has spawned on the map. Camp Cuddle has now been replaced with Reality Falls. In the middle of Reality Falls is a new POI called Reality Tree. This particular POI is perhaps one of the most important POIs on the Fortnite island.

Another feature added with this new season is Storm Sickness, which will see accelerated damage for any players spending too much time in the storm. This should combat issues where players were hiding in the storm for longer due to the added numbers of health items available.