Today’s good news is Grapple Gloves are found in special pink toolboxes under pink Grapple Stops, which resemble cranes. You can get a Grapple Glove by eliminating an enemy player with one in their inventory, or by finding one of the 10 Grapple Glove locations in Fortnite.

*These Grapple Stops are located:

*Between the eastern islands above The Jonseses

*East of The Daily Bugle

But there are lots of confusing things according to the players’ feedback and there are 3 as follow.First thing is, where's the cool lightsaber? Season 3 brought Vader into Battle Pass, we've been waiting to see the main Star Wars villain join Fortnite, he's truly one of the most famous movie characters in history, and we're excited to finally outfit his set , but the fact has nothing to do with the setting that he is a terrible existence! Originally a character feared by the entire galaxy, no lightsaber means no soul. 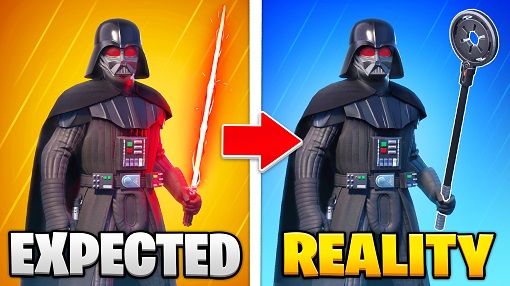 Second must be new roller coaster poi, players can roll around where they want and fly in slipstreams,but the only criticism is that they now have a charge meter and you can't even refuel them. What's worse is that you could only find ballers in and around rave cave which forces you to drop there if you want them, because you can refuel them most of them around the map are just empty so you always have to be first to get there.

Thirdly, customizable skin snap is one of the coolest to date he has tons of amazing edit styles and it's really easy to gather them you can get new styles from tover tokens and they're spread pretty fairly around the map but they have been put on the mini-map -not visible much as it is in like black-greyish colour which like camouflages.

In addition, Epic has repeatedly given different suspense about whether Klombe still exists. Anyway, hope it will come back in a special way, too many people miss it.