Obviously we know that the next battle pass is going to include the similar type of stuff like skins, emotes, v-bucks, gliders, raps and backlinks like these usual types of things that we've seen in previous battle passes, however there are some unique things.

In the previous article we mentioned the earthquake effect and estimated skins. But this week we have more certainty and richer leaks!

We believe the theme of the next season to be a war between the imagined order and the Seven. It turns out that that theory was actually confirmed in the most recent update because as we know we have these different quests around the map where we actually get to talk to the scientists throughout the season. The scientist has actually been launching a bunch of different rockets from the sanctuary in a mission to actually get the paradigm to return to the fortnight map. Last week when the scientists launched the third rocket of his this was actually the only 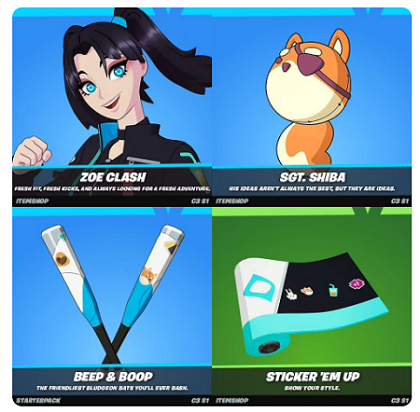 been in the files for a year at least. It hasn't released comment down below if it has but that would be a perfect one considering that we usually get at least one traversal emote every season.

There are still some speculations about Star Wars skins and lightsaber weapons, let's just wait for the surprise of the 19th.