Fortnite Monsters that Are Challenging to Beat

We believe that everyone is paying more attention to season 2, so there will be monster wars in season 2. Let's review the previous monsters. Which monster do you think is stronger? 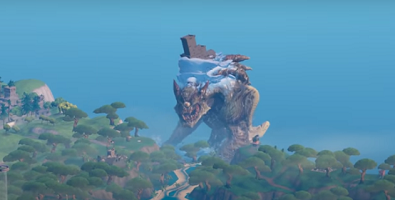 First, in Fortnite Chapter 1 Season 9, the Cattus became an unstoppable force. The Devourer, usually referred as the Polar Peak Monster or Cattus, was a giant and powerful monster in Battle Royale that roamed around the ocean surrounding the map during most of Season 9. It was a giant, one-eyed sea creature with huge arms and feet that carried Polar Peak's castle around on it's spiky back until the Mecha destroyed it. It was considered the main antagonist of Season 9.

The Devourer was defeated during The Final Showdown Event by Mecha, stabbing its head with the sword from Neo Tilted. Suppose it was not for the brave actions of Mecha. Who knows what foul tidings could have befallen the island. If this beast were ever to reappear in-game, the island would surely be doomed. 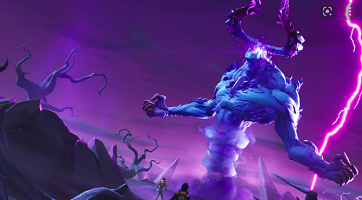 Second is the Storm King, a beast added in Season 7 and is a quest in Canny Valley. The Storm King is the true embodiment of the CUBE and is the largest monster in Fortnite yet (excluding The Devourer in the Season 9 live event, as it was in Battle Royale only). It is not easy to defeat it, and now you can also search for detailed strategies to defeat it.

And the third is Caretaker, which is one of the funniest in my opinion. The Caretaker was an AI in Fortnite: Battle Royale. It was introduced in Update v18.21. And he can attack players in three ways:

Beam Attack: After a short charge-up, a pink laser beam comes out of his chest, dealing 8 damage per tick.

Smash Attack: Caretaker slams the ground, the shockwave damage depends on how far the player is (20 to 60 damage).

Snap Attack: A pink electric web will come out of his hand and will stun the player for a second, dealing 20 damage.

During The End event, multiple Caretakers were unleashed by The Cube Queen as the island was being covered with Cubes. They were pushed off with the assistance of Rebooted Cube, The Visitor and The Scientist.

Later on, as the player approaches the epicenter of the island, a massive Caretaker smashes a seemingly indestructible skylight causing the player to emerge in the ocean, far from the Island.